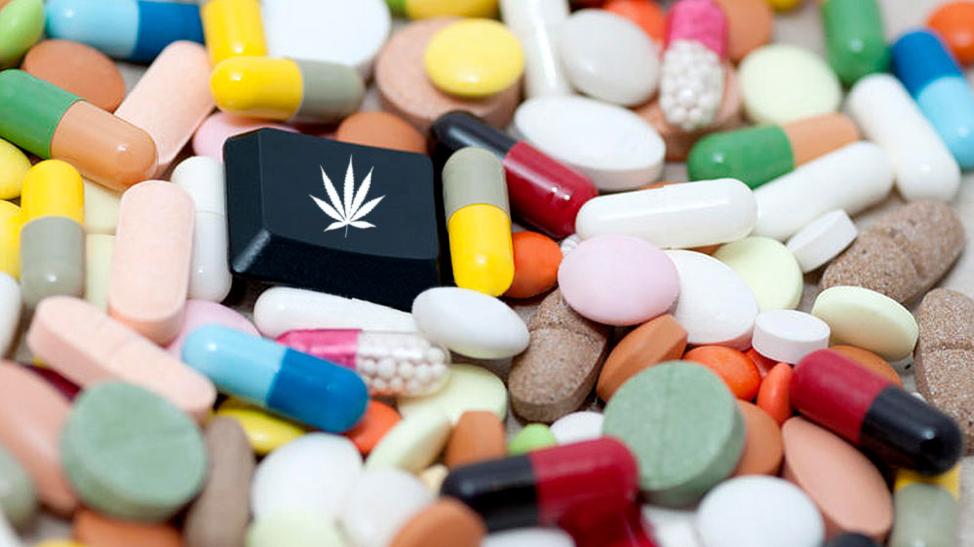 The NFL does not permit players to use marijuana, even for medicinal reasons, but will instead supply them with a cocktail of narcotic painkillers and anti-inflammatories. NFL commissioner Roger Goodell told ESPN Radioin April 2017that the league sees no medical benefits in marijuana and added that it “may not be healthy for the players long term.”

Goodell’s comments came amid a federal lawsuitfiled by more than 1,800 former players against the NFL. The players say that they have suffered long-term health problems because of improper and deceptive prescription drug-distribution practices by NFL teams. In September 2018 the lawsuit was revived by the Ninth Circuit.

The Drug Enforcement Administration (DEA) investigated the NFL and discovered that medical staff across the 32-teams have been breaking federal laws by buying, handling and providing prescription drugs to players illegally.

The NFL has a backwards policy when it comes to marijuana. The league has even come under fire for punishing cannabis users more severely than domestic violence offenders, in 2015, New England Patriots wide receiver Josh Gordon was banned one year for a failed marijuana test compared to then Baltimore Raven’s running back Ray Rice’s two-game suspension for knocking out his fiancée. (After public outcry, both punishments were reduced and lengthened respectively).

In 2016, the league and the NFL Players Association took a long-overdue step past their hard stance on marijuana, by announcing that it will investigate marijuana use for pain management. But little-to-nothing has been revealed concerning the study or how the league and union plan to address this issue.

Why Did It Take So Long for The NFL To Take This Step?

It wasn’t until May 2010 when then San Diego Chargers defensive back Kevin Ellison was arrestedfor possessing approximately 100 unprescribed pills of Vicodin, a highly addictive painkiller in the same category as oxycodone, opium, and morphine.

His arrest prompted the DEA investigation into SportPharm, a pharmaceuticals company. Vice Sportsuncovered multiple reports telling that the company was unlicensed and breaking multiple federal laws. The investigation led to the Charger’s former team doctor, David Chao, who wrote at least 50 prescriptions listing himself as the patient that were illegally filled by SportPharm.

Tip of The Iceberg

On June 29, 2010, it was discovered Chao was merely a pin in a system when DEA agents and California Board of pharmacy inspectors raided SportPharm, RSF Pharmaceuticals and RSF Manufacturing, which all operated out of the same location. During the raid, agents found binders with the labels College #3, NBA Basketball, Minor League Baseball, Soccer, Team USA, Major League Baseball, AFL Football, College/University, NFL Football, Hockey, and WNBA Basketball.

The California Board of Pharmacy report states:

All 32-teams were found guilty of violating federal laws governing prescription drugs, disregarded guidance from the DEA on how to store, track, transport and distribute controlled substances, and supplied their players with powerful painkillers and anti-inflammatories each season, according to sealed court documents contained in a lawsuit filed by the former players.

Anthony Yates, the Pittsburgh Steelers’ team doctor and past president of the NFL Physicians Society, testified in a deposition that “a majority of clubs as of 2010 had trainer controlling and handling prescription medication and controlled substances when they should not have,” according to documents obtained by the Washington Post.

Federal law lays out strict guidelines for how teams can handle and dispense prescription drugs, trainers are not on that list. Yet in an email from 2009, obtained by CNN, Cincinnati’s Bengals head trainer Paul Sparling allegedly wrote, “Can you have your office fax a copy of DEA certificate to me? I need it for my records when the NFL ‘pill counters’ come to see if we are doing things right. Don’t worry, I’m pretty good at keeping them off the trail!”

Just How Many Drugs Were Teams Providing?

CNN reported that in the calendar year 2012 each team was prescribed 5,777 doses of anti-inflammatoriesand 2,270 doses or narcotics. Considering that each team has 53 players, that could amount to about 150 doses of drugs per player each year.

Researchers from the school of Medicine at Washington Universityin St. Louis interviewed 644 retired NFL players, asking them about their use and misuse of prescription painkillers, both in their playing career and in their present lives.

The study found that the players misuse opioid pain medications at a rate than four times that of the general population and suggested that the misuse occurred during their NFL careers.

Other key findings from the study:

Players past and present struggle with daily pain brought by the bruising sport of football. With no alternatives to narcotic painkillers on the NFL allowed substance list players have no choice but to take pills.

NFL running back Mike James made NFL history in February 2018by being the first player to file for a therapeutic use exemption specifically for cannabis. It is the only way around the leagues disallowance of marijuana because it indicates that the substance is required to treat a diagnosed medical problem.

James was prescribed painkillers after an injury to his left ankle in 2013. Within weeks he told CNN that he had evolved a dangerous dependency on drug. To get off the opioids, he turned to medical marijuana for his pain.

Growing up, he vowed to never become dependent on drugs after witnessing a family history with drug abuse.

In April, he received a letter from the NFL, denying his application. He was released by the Detroit Lions and is now a free agent.

“My career is at great risk,” he told CNN but has vowed to not give up.

Playing with pain is an understood job requirement in sports, especially those that have short career spans and few guaranteed contracts. In a Washington Post’s surveyof former players, nearly nine in 10 reported playing games while hurt. Fifty-six percent said they did this frequently. Almost half of those who played through pain said that they wish they had done so less often, and a staggering 68 percent said they did not feel like they had a choice as to whether to play hurt.

The painkiller addictions in the NFL are laid on top of a national epidemic to opioids addiction. “[S]parked by a quadrupling since 1999 in sales of prescription painkillers such as Oxycontin and Vicodin,” the opioid epidemic “kills 91 Americans a day,” reported by Texas A&M law review.

Studies have consistently demonstrated the benefits of medical cannabis not only on lowering pain but also reducing opioid usage, a Texas A&M law review published. “The rate of hospitalization due to painkiller and opioid abuse and dependence dropped an average of 23% in states where medical marijuana was legalized.”

Marijuana can also the perception of risk and can have negative influences on coordination, movement, and time estimation. A publication in Sports Medstated that there is an increased risk to players using medical marijuana in-competition because of those negative influences.

But advocates for marijuana have suggested that it could be a healthier way to manage pain than prescription painkillers.

The debate between which pain remedy is suitable for athletes to use has stayed within narcotic painkillers and marijuana – each has their own problems. The NFL has a history of abusing painkillers causing long-term health problems for hundreds of former athletes.